Summer Under The Stars Blogathon: Words and Music (1948) 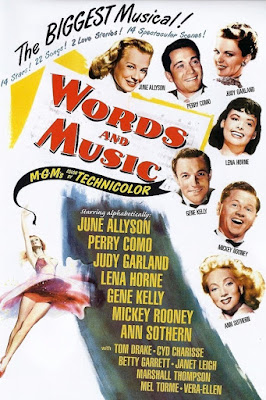 This will be my first post for The Summer Under the Stars blogathon! This amazing blogathon is hosted by Kristen and Samantha and I am so happy they let me join it. I am going to be a little ambitious during the month of August because I will be talking about ten movies I own but have never seen before. I figured it was time to actually watch the films I buy instead of letting them collect dust on the shelf. The star in this film that is being honored is Lena Horne. She joins Mickey Rooney, Janet Leigh, Tom Drake, and a handful of other stars in this fictionalized story about song writers Lorenz Hart and Richard Rodgers. The film is a second in MGM's musical biopic series. The first film was Til The Clouds Roll By, which came out in 1946. Three Little Word was the third film in the series and Deep in My Heart was the last film.


Tom Drake stars as Richard Rodgers and Mickey Rooney stars as Lorenz Hart. I think both men did well in their roles. At first, I thought Mickey was just being obnoxious, but I was wrong. This film became hard to watch after I did a little research on both Rodgers and Hart. Of course Rodgers is probably best remembered for his work with Hammerstein, who he began working with after he and Hart stopped working together in 1943. That year was not a good year for Hart. Not only did Rodgers stop working with him, but his mother passed away as well. Seven months after her passing, Hart passed away at the age of 48. This is addressed in this film and it is a sad scene, but how Mickey portrays Hart comes with a few falsehoods.

While the movie doesn't completely ignore Hart's self-destructive behavior or mental problems. They make them seem a smaller issue then they actually were. The film also completely ignores the fact Hart was a homosexual. In the film, it just seems like the love of his life didn't love him back. But that was far from the truth and it makes my esteem for this film go down. But I am not shocked these things were either played down or completely ignored. This was 1940's Hollywood and these subjects were taboo. It wasn't right, but it's the way the studios were back then, especially MGM. 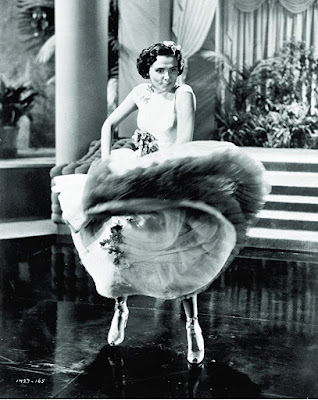 Sadly, our star of the day didn't have a big role in this film. Like many of the other big names in this film, Lena was only on screen for about five minutes. She does a great job in this film though and is a big standout. She sang two songs and her performance f both was great. I have only seen a few of her films, but I would like to see more. Plus, I want to watch her in a film where she is on the screen for more than five minutes.  Gene Kelly, Mel Torme, and Vera-Ellen were also standouts for me in this film. I love when Gene and Vera dance together and of course I love Mel's voice. This film would also be the last film Rooney and Garland would be in together. It doesn't feel like a fitting farwell, but I think their performance was cute.

Honestly, out of the three films I have seen in the MGM musical biopic series, this one is the weakest. Don't get me wrong they had some amazing performers in this film. But how they sanitized Hart's story left a sour taste in my mouth. I only enjoyed a few people's appearances in this film and I am sad I didn't like it as much as I did. But I loved Lena is in this film and I am glad TCM is honoring her with a day full of her films. 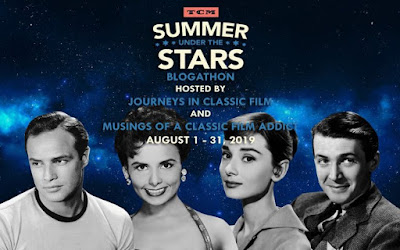 This post was written for the Summer Under the Stars blogathon.
at August 05, 2019