The First Annual Valentine's Day Meet-Cute Blogathon: They All Laughed (1981) 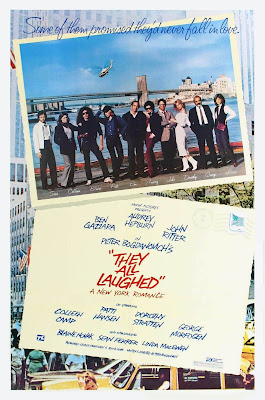 Happy Valentine's day everyone! For today's post we will be talking about a film called They All Laughed from 1981. The film was directed by Peter Bogdanvich and has an amazing cast of characters. The film stars Audrey Hepburn, Ben Gazzara, John Ritter, Dorothy Stratten, Patti Hansen, Colleen Camp, Blaine Novak and Sean Ferrer. I picked this film for this blogathon because there are so many meet-cutes in it. Phyllis Loves Classic Movies came up with this amazing blogathon idea and I am excited to be writing about this about this film.

The film is set in New York City and follows three private detectives as they investigate two women for infidelity. Two of the three men end up following for the two women they are pursuing. 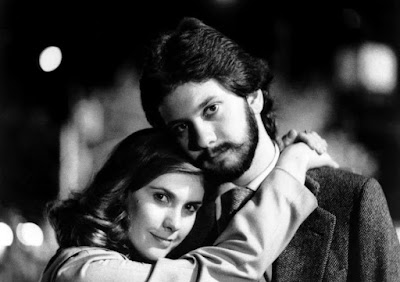 Colleen Camp and Sean Ferrer in They All Laughed (1981)

Detective John Russo (Gazzara) meets a young taxi driver named Deborah (Hansen), who he insists on calling "Sam" as she drives him to a meeting where he is tasked to follow a woman named Angela (Hepburn). He ends up meeting Angela and her son at a toy store and soon he starts to fall in love with her. She ends up breaking his heart when she and her husband decided to return to Europe. That's when Sam steps in to help him nurse his broken heart.

Detective Charles Rutledge (Ritter) starts out the movie in love with Dolores (Stratten). His friend and fellow detective Arthur (Novak) cautions him not to fall in love with her, but it's too late. Charles and Dolores meet at a roller skating rink after he falls and she prevents him from hitting his head. They end up meeting again when Dolores is out with a friend named Jose (Ferrer),Charles is out with his friend and John's sometimes girlfriend, Christy (Camp). He thinks Dolores is cheating with Jose and that she is going to leave her husband for him. However, it turns out that Jose and Christy have fallen in love and plan to get married. At the end of the film, Charles ask Dolores if he will marry her and she accepts, but only after she gets divorced. 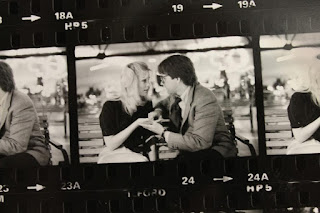 Dorothy Stratten and John Ritter in They All Laughed (1981)

This film has some tragedy surrounding and that mainly has to Dorothy Stratten. Dorothy was 1980's Playmate of the Year and she was having an affair with Bogdanvich on the set of this film. Two months after filming on this movie had wrapped, Dorothy was murdered by her estranged husband. Bogdanvich would go bankrupt in 1985 over the distribution of this film. But with all the tragedy that surrounds the film, it is still a sweet, romantic movie in my eyes.

If Stratten had lived, I think she and Ritter could have been a great romantic comedy team. It is a shame we didn't get to see her shine more on screen. As for Ritter, he plays the part of lovesick fool so well. I have enjoyed him in everything I have ever seen him in and this movie is no exception. I didn't know until about a year ago that Ben and Audrey had dated, but by the time this film had been made they were broken up. You can see the lingering heartache in their scenes. And I think Audrey's character leaving in the end was the best way for things to end between them.

Colleen Camp is a little annoying in this film, but I still thought she was funny. I don't think she has any chemistry with Sean at all, but Peter must have seen something between them. There is a documentary called "One Day Since Yesterday: Peter Bogdanvich and the Lost American Film" that covers a lot of behind the scenes stuff from this film and it is a great documentary. I think you should check that and the movie out. They are both fantastic watches. 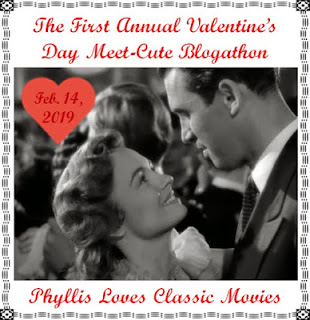 This post was written for The First Annual Valentine's Day Meet-Cute Blogathon. You can find all the other posts here.