Summer Under The Stars: My Top Ten Favorites 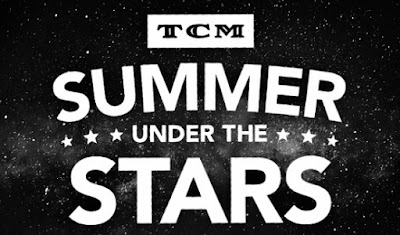 I know it's only the beginning of July, but I am looking forward to August! That is the month TCM has their Summer Under The Stars event. Everyday in August is dedicated to one star and  amazing body of work. The whole schedule is up for the month of August, so I decided to make a couple blog posts about this yearly event. My first post is about my top ten favorite movies featured in this year's line-up. The movies will be in alphabetical order since I am having a hard time ranking these movies. 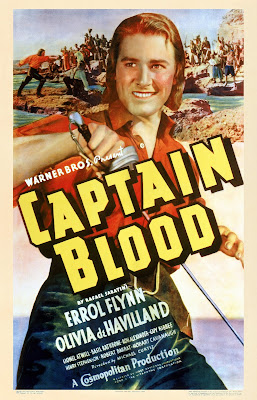 The first movie we will be talking about is Captain Blood. The film was released in 1935 and is the first movie Errol Flynn and Olivia de Haviland ever starred in together. An Irish doctor named Peter Blood (Flynn) is convicted of treason and is sentenced to death. Instead, he and other men are sent to the West Indies to be sold into slavery. However, he and some of the men escape during a raid and begin a life of piracy. This swashbuckling adventure co-stars Basil Rathbone and Ross Alexander. This movie will air on August 3rd at 5:45 P.M. 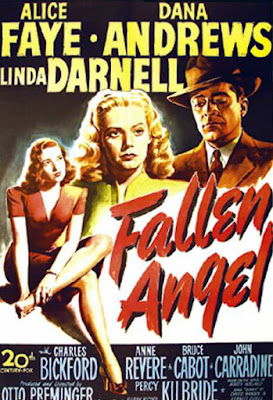 The second movie we will be talking about is Fallen Angel which came out in 1945. This movie is a film noir and it stars Dana Andrews, Alice Faye, and Linda Darnell. The final product of this movie caused Alice Faye t walk away from her film career for twenty years. She was upset with the head of 20th Century Fox for cutting her scenes in favor of Linda Darnell. This story follows a man named Eric Stanton (Andrews) who is down on his luck and seems to be get dealt more bad luck when Stella (Darnell) and June (Faye) come into his life. This movie will air on August 22nd at 11:30 P.M. 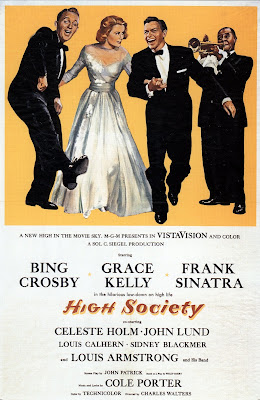 High Society is no stranger to this blog as it is one of my favorite movie musicals. The film stars Bing Crosby, Grace Kelly, and Frank Sinatra. The movie is a remake of the 1940 movie The Philadelphia Story (this movie is also airing during Summer Under The Stars. It will air on August 5th at 2 P.M.) and it would be the last film Grace Kelly ever appeared in. The story revolves around Tracy Lord (Kelly) and the events leading up to her wedding. Of course her ex-husband (Crosby) and two newspaper reporters (Sinatra and Celeste Holm) have to join in on the fun. This musical from 1956 will air on August 1st at 7:30 A.M. 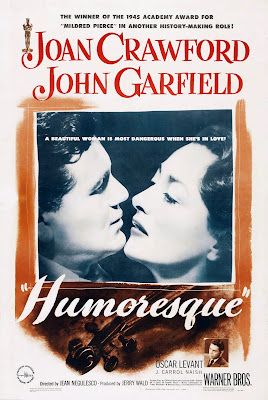 This amazing movie stars Joan Crawford and John Garfield. Humoresque follows the rise of violinist Paul Boray (Garfield) from his early years to the height of his fame. Along the way he falls in love with Helen Wright (Crawford) and the relationship ends in tragedy. Oscar Levant co-stars in this film as Paul's friend Sid Jeffers. This is my favorite film from both actors, but I'll admit I haven't seen a lot of John Garfield's films. I would like to change that and suggestions would be nice. This gem of a movie from 1946 will be airing on August 31st at 4:00 P.M. 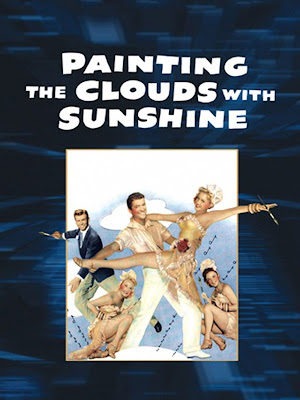 This 1951 movie musical is a recent favorite of mine. It stars Virginia Mayo, Lucille Norman, and Virginia Gibson as three women who head out to Las Vegas to find husbands. Dennis Morgan, Gene Nelson, and Tom Conway star as the men who will marry these girls. But you need to watch the movie to find out who marries who. You will also be treated to such lovely gems as We're in the Money and Tiptoe Through the Tulips. This movie will be airing during Virginia Mayo's day which is August 23rd and it will be airing at 8:15 A.M. 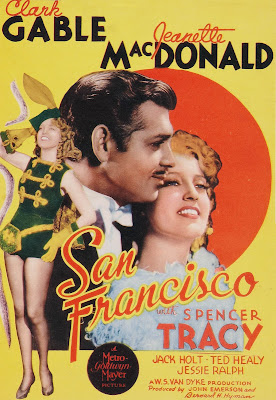 We've seen this film on this blog before too.  Hollywood's first disaster film stars Jeanette MacDonald, Clark Gable, and Spencer Tracy. The events follow the main characters in the months leading up to the 1906 San Francisco earthquake. The special effects and Spencer Tracy alone are reasons to watch this film. Jeanette MacDonald and Clark Gable have no chemistry but they are still really good in this film. So, if you want to check it, this film will air on August 8th at 2:00 P.M. 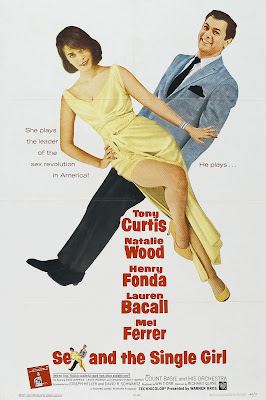 This movie will be showing up in another blog post later on in the month. Tony Curtis and Natalie Wood star in this 1964 comedy revolving around a book, a magazine article, stockings, and a pretty awesome car chase scene near the end of the film. The film co-stars Henry Fonda (who said he would never do a comedy after this film and he never did), Lauren Bacall, Mel Ferrer, and Fran Jefferies. I don't want to give too much away now since I have to write more about it later. But if you are in the mood for an amazing comedy this one airs on August 29th at 3:30 P.M. 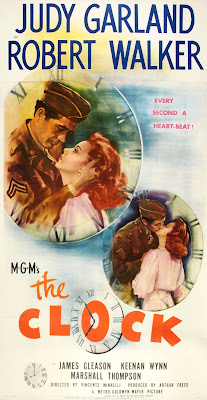 This 1945 film stars Judy Garland and Robert Walker. The story is basically. boy is on a two day leave, boy meets girl, and boy and girl fall in love over the two day period and meet the rest of the cast along the way. This is my second favorite Garland film (after Meet Me in St. Louis) and my second favorite Walker film (after Strangers on a Train) and it is considered Judy's only straight film. This wonderful movie will be airing on August 19th at 10:00 A.M. 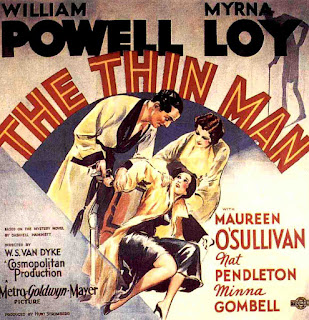 The Thin Man is the first in a series starring William Powell and Myrna Loy as Nick and Nora Charles. Nick is a retired detective but he is forced back into the game. By his side are his wife, their dog, and a lot of drinks. This mystery movie can also be a comedy based on the relationship between Nick and Nora. Powell and Loy are amazing on screen together. And this must see airs on August 2nd at 1:45 A.M. 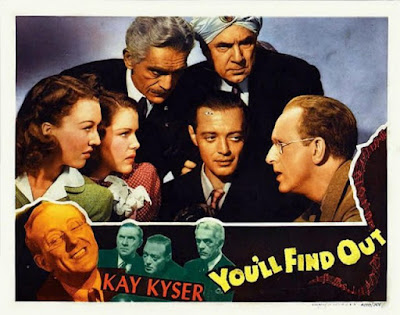 The final film we are going to talk about is You'll Find Out. This musical/comedy/mystery stars Kay Kyser. his band, Helen Parrish, Peter Lorre, Boris Karloff, and Bela Lugosi. The movie centers around the birthday party thrown in honor of Janis Bellacrest (Parrish) and it turns out someone is trying to kill her. This movie is very entertaining from the beginning to the end. The songs are wonderful and so is the cast. If you want to check this one out it airs on August 24th at 12:00 P.M.

So, that is my top ten list of favorite movies airing during Summer Under The Stars. I hope you guys check them out.

Email ThisBlogThis!Share to TwitterShare to FacebookShare to Pinterest
Labels: Captain Blood, Fallen Angel, High Society, Humoresque, Painting the clouds with sunshine, San Francisco, Sex and the Single Girl, Summer Under The Stars, The Clock, The Thin Man, You'll find out