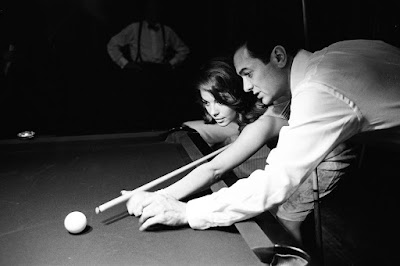 Natalie Wood and Tony Curtis are considered two of classic Hollywood's shining stars. These two would star in three movies together between the years 1958 and 1965. In an interview that was conducted by The Guardian a couple years before Tony passed away he mentions Natalie and says she "a very moving and giving woman." He also stated that he "liked her very much"and that "they had become great friends." Tony would also say she was the co-star he had the best chemistry with. Which, in my own personal opinion, is true. There was a fourth movie they could have worked in together but it never happened. Tony would live another twenty-eight years after Natalie's passing. But even now they have both passed away we still have these three movies and other countless ones that will help their stars shine on. 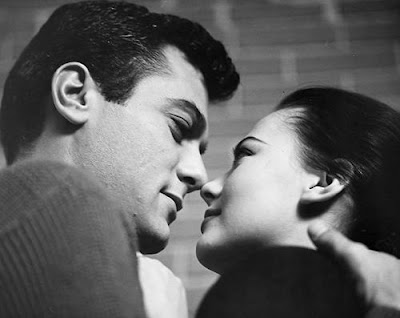 The first movie Natalie and Tony were in together was 1958's Kings Go Forth. Natalie stars as Monique Blair and Tony stars as Britt Harris. The star of the movie is Frank Sinatra but the trademark Curtis and Wood chemistry can be seen in this film. The three main characters end up in a love triangle and eventually Britt proposes marriage to Monique. However, in the end Britt ends up breaking her heart. Of course Frank's character steps in and the movie ends with him going back to Monique (with one arm.) Britt is dead.

This is the only one of the three films where Natalie and Tony's characters don't end up together. I wasn't surprised by that going into this movie. I wanted to like this movie, but I hate to admit I don't. All three actors were amazing in it, but I just though it was kind of boring. But if your cup of tea is a World War 2 drama set in France then do I have a movie for you.

1964 was the year Sex and the Single Girl came out. Henry Fonda, Lauren Bacall, Mel Ferrer, and Fran Jefferies all co-star in this delightful comedy. Natalie is Dr. Helen Brown, a psychologist and the author of the popular book Sex and the single girl. Tony plays Bob Weston, who is the managing editor of STOP magazine. The magazine which had an article saying that Helen was a "23 year old virgin." Bob decides he wants to get a better story on Helen and chaos only ensues from there. Of course the movie has a happy ending and everyone is with who they should be with. Natalie's natural flair for comedy shines through in this film.

The trademark Wood and Curtis chemistry shines through the most in this film. Gavin Lambert says in his book about Natalie there a total absence of romantic feelings in this movie because Natalie didn't like Tony Curtis at all. I disagree with him and so does Tony it seems because in Suzanne Finstad's book about Natalie he says this about the scenes in her office. "About the funniest things I've ever seen. It was a wonderful dance. You can't get better We never stepped on each other. She always gave me my moments and vice-versa." And that shows in the film. I don't know what film Mr. Lambert was watching but it wasn't this film. This is my favorite movie featuring these two, it is a good pick me up film and it serves it's purpose as a great comedy about love and sex. 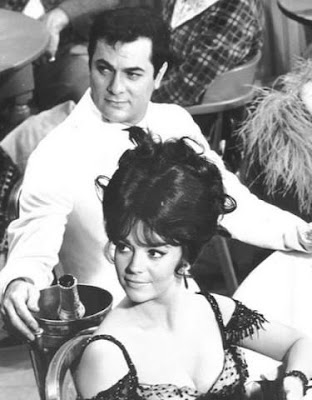 The Great Race came out in 1965 and was made right after Sex and the Single Girl. Natalie didn't want to do this film, but Jack Warner said she had to in order to do Inside Daisy Clover. Natalie was not the first or even second choice to play Maggie DuBois and Tony was also the third choice to play The Great Leslie. Jack Warner asked Tony to give Natalie a percentage of his film royalties for the movie, which Curtis replied with "I couldn't give her anything to make her want to do the movie."

Between the ending of filming on Sex and the Single Girl and the beginning of filming on the this film, Natalie and Tony had become estranged. Tony's first wife Janet Leigh says it was because Tony didn't want to work with her. Even if he didn't want to, he still had too. This film shoot was Natalie's least favorite. According to her biographer, Suzanne Finstad, director Blake Edwards ignored her in favor of Curtis, Jack Lemmon, and Peter Falk. And at one point Natalie and Tony stopped speaking to each other on set. The movie went way over schedule and over budget to the point Tony says "that everybody gave up on it." After the film wrapped Natalie tried to kill herself by overdosing on sleeping pills, she was not successful.

Even though Natalie hated making this film, I love watching it. I enjoy this screwball comedy with it's slapstick and crazy characters. Out of the three films Curtis and Wood made together, it is considered the best one. It's not my personal favorite, but I can see why other people would put it in the top spot. 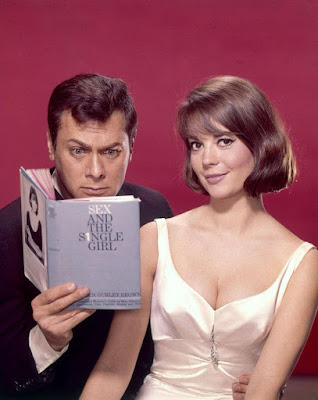 After The Great Race, Natalie and Tony would move on with their lives and careers. Natalie would take time off from her career to become a wife and mother. And Tony saw his career take a nose dive in the late 1960's. Natalie Wood would die under mysterious circumstances at the age of 43 when she drowned off the coast of Catalina Island in November of 1981. Tony died of a heart attack in September of 2010 at the age of 85, nearly thirty years after Natalie passed away. 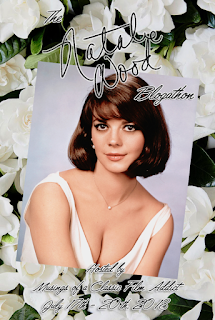 This blog post was written for The Natalie Wood Blogathon. Go here to view the other posts featured in this blogathon.